What is the PDR?

The Prescribers Digital Reference (PDR) is a health knowledge database of drugs, products, and services that help inform prescribing decisions for physicians and other healthcare providers. It was previously called the “Physicians Desk Reference,” it was renamed since it is now digital and not only used by physicians.

This database is consulted by healthcare professionals millions of times weekly to help evaluate prescribing decisions. It provides on-the-spot drug information, package inserts, and other relevant information, assisting providers in making the best decision possible for their patients. It can also integrate with electronic medical records for quick access to the entire database.

PDR is one of the most reliable sources of information about drugs and dietary supplements considered by healthcare professionals. It is essential for making informed decisions about treatment options. 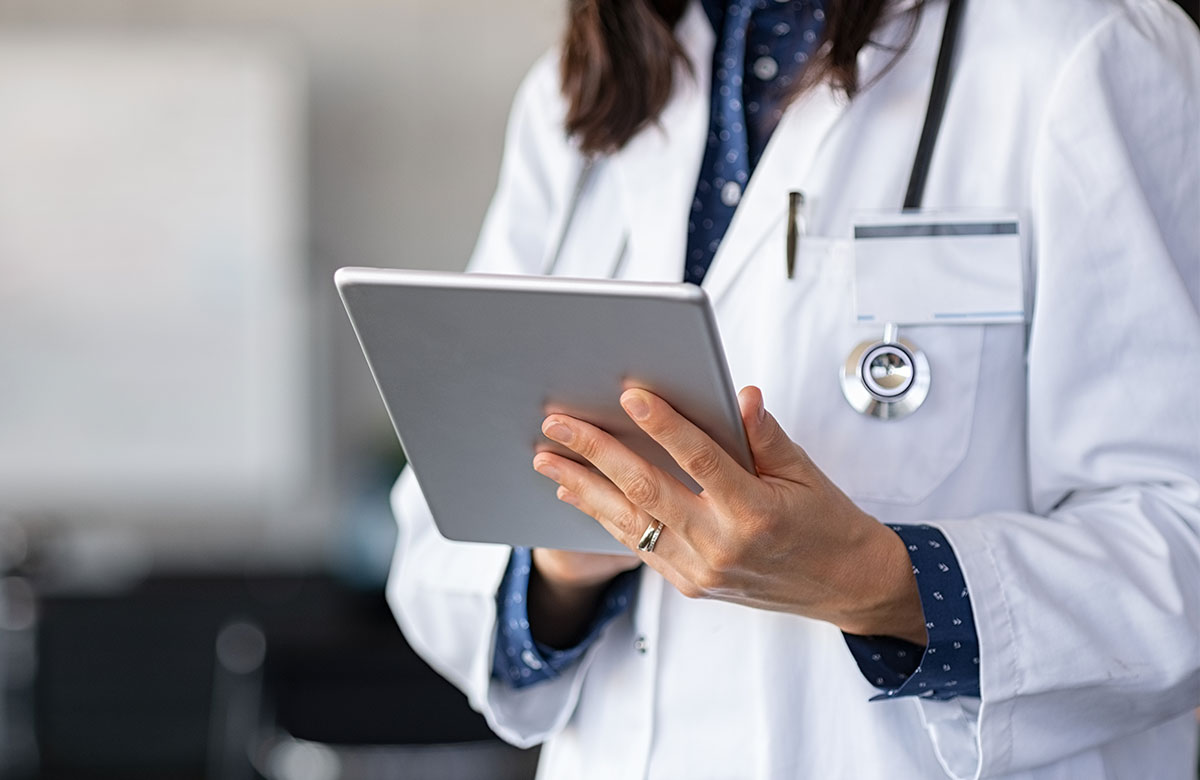 We are happy to announce that ten of our CalereHealth® products are now listed in the PDR due to our ongoing commitment to quality and providing products supported by scientific research. This will allow healthcare providers to reference all the benefits of CalerieHealth™ products and recommend them to patients when appropriate. 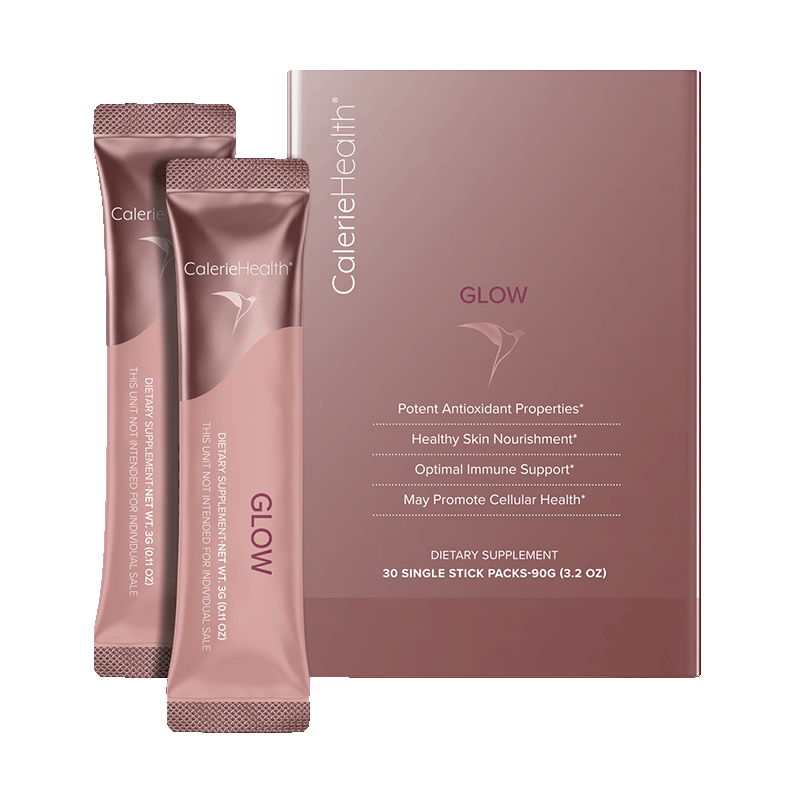 GLOW is a delicious beauty-forward supplement designed especially for women looking to enhance their natural beauty and wellness from the inside out.

In addition to optimizing your natural radiance on the outside, GLOW works to support cellular wellness as well as the health of your brain and immune system.

GLOW is formulated with science-backed functional ingredients, including potent antioxidants that work at the cellular level. The feature ingredients in GLOW include Hyaluronic Acid, Sialic Acid from Edible Bird’s Nest, Superoxide Dismutase (SOD), L-Theanine, and L-Glutathione.

Fastmelt Directions: Take 1 stick pack of CalerieHealth® Glow per day with meals, and let it gently dissolve in your mouth. 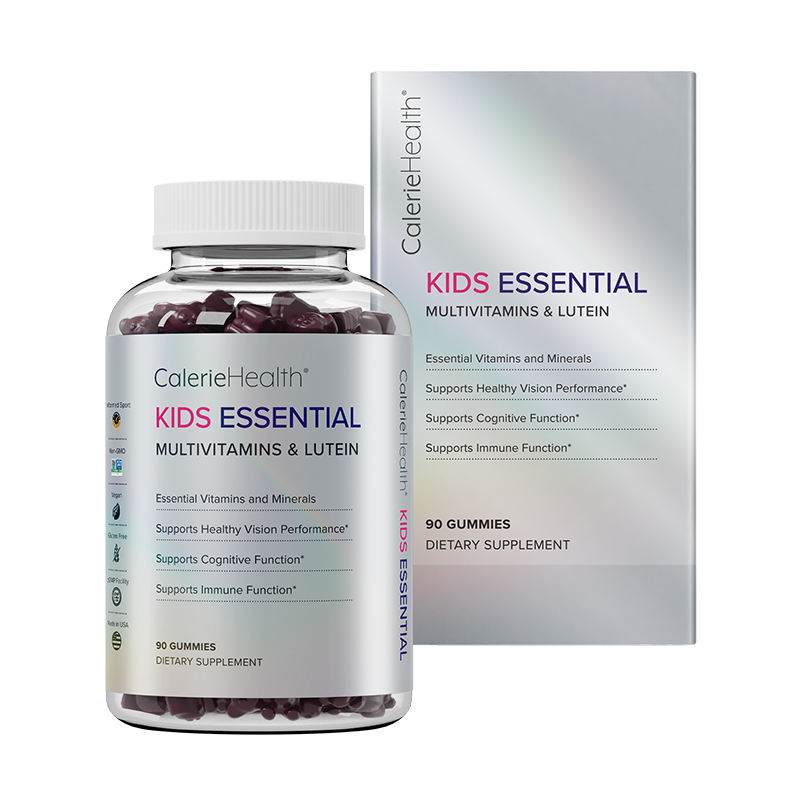 Kids Essential is a specifically tailored multi-vitamin gummy made for children 4 and up.

Loaded with extra amount of essential vitamins and minerals for kids, we are featuring our superstar—Kids Essential. It was formulated with a yummy strawberry flavor with a cute bear shape for children. Each serving of 3 gummies contains important vitamins, including A, B, C, & E vitamins, which are essential for children's health & growth. With added lutein, zeaxanthin and phosphatidylserine, it supports visual and cognitive health.*

For children 4 years+, parents may give three (3) gummies per day with meals. Instruct the child to chew each gummy carefully and thoroughly. 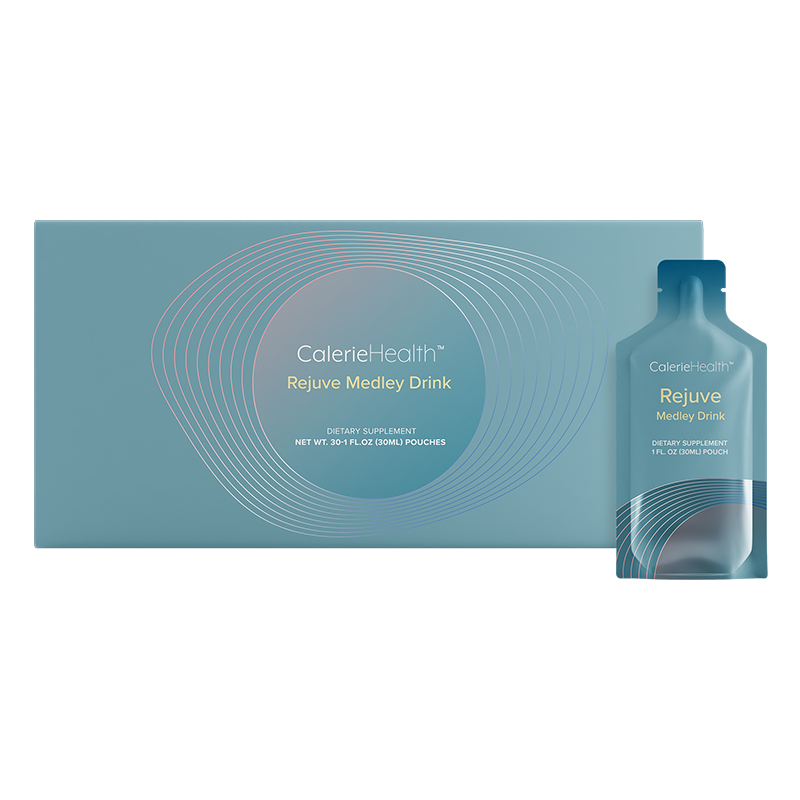 Rejuve Medley Drink is a supplemental beverage meant to support your health from the cellular level and beyond.

CalerieHealth® Rejuve Medley Drink is enriched with three traditional antioxidant stars: AlaskaBlue™ Wild Blueberries, Pterostilbene, and AstaReal® Astaxanthin, cultivated using clean water from the nature, which provides stronger effects than other natural antioxidants. Combining the foremost antioxidant enzyme SOD (Superoxide Dismutase) with additional 15+ naturally sourced ingredients, this vegetarian formula is the perfect recipe for overall health support at the cellular level. Whether in the morning or during the day, this grab-and-go pouch is designed to deliver key nutrients in one quick sip.*

Whether in the morning or during the day, this grab-and-go pouch is designed to deliver key nutrients in one quick sip.* 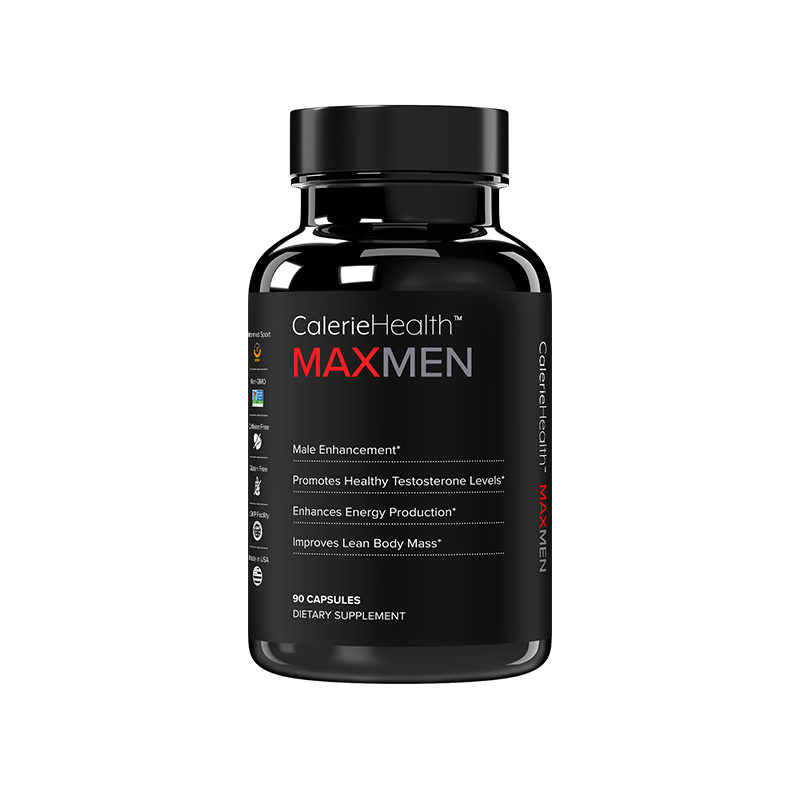 The formulation of MaxMen has been carefully designed with ingredients that work synergistically to elevate testosterone levels, improve lean body mass, assist with weight loss and muscle gain goals, and boost the body’s natural energy production.

Testosterone is the primary sex hormone and anabolic steroid known to improve man's physical and mental health. CalerieHealth® MaxMen is formulated with an exhaustively researched ingredient: Ashwagandha Extract (KSM-66®), which plays a key role in maintaining healthy testosterone levels and support cardiorespiratory endurance. In addition, the formulation is fortified by Chromium (Chromax®) to reduce body fat while improving lean body mass with proper diet and exercise. Overall Chromax® and KSM-66® will work together to support males' testosterone level and physical endurance. To encourage overall well-being and energy production, this supplement also includes a number of vitamins and minerals such as B and D vitamins, Calcium, Zinc (L-OptiZinc®).

Take four (4) capsules per day with water before breakfast or between meals. 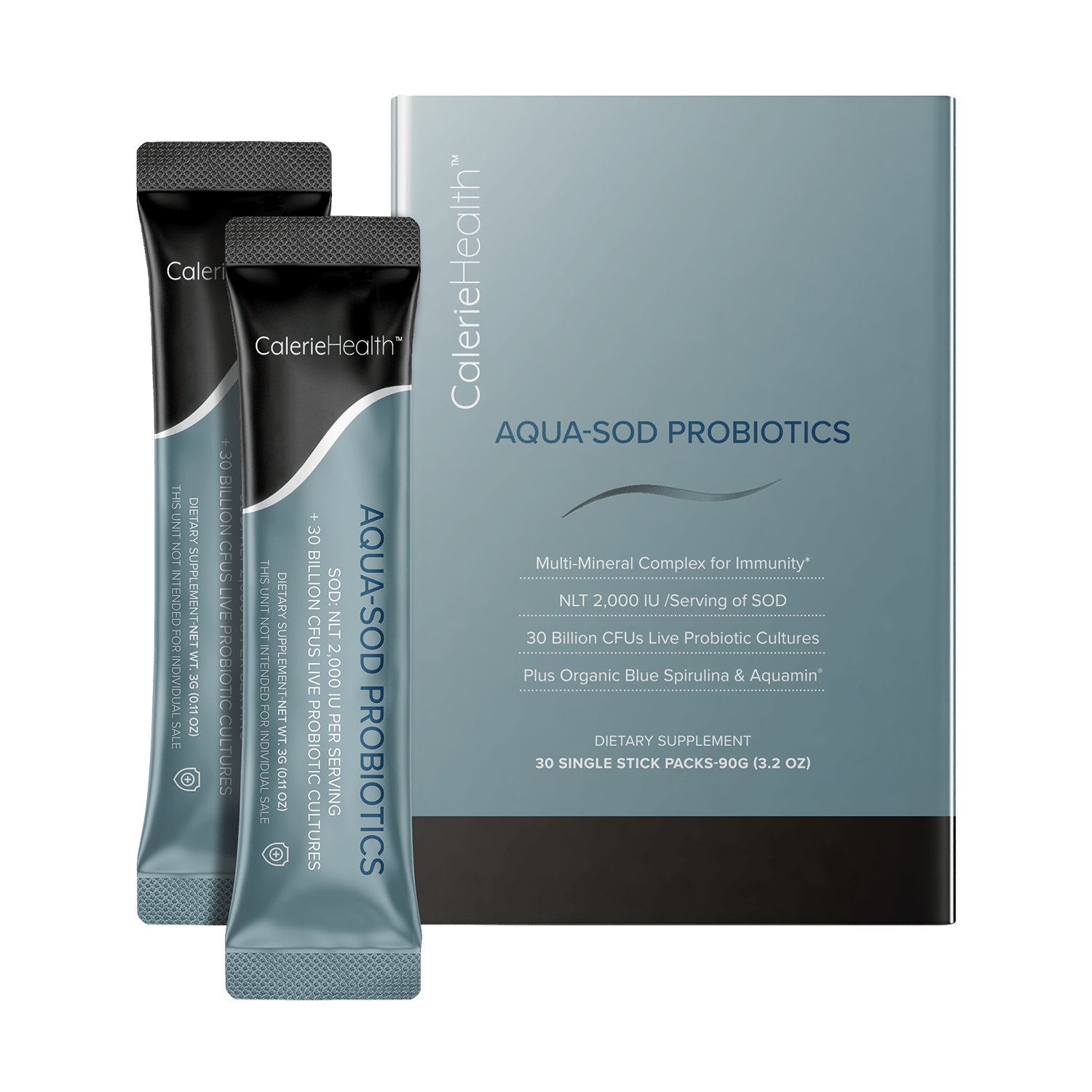 Formulated with high potency and purified grade SOD, CalerieHealth® Aqua-SOD Probiotics is enhanced with two incredible ingredients sourced from the ocean: Aquamin and Blue Spirulina. Altogether, it is a functional product to promote cellular health for better vitality, stronger immunity, and healthier aging.

WHO defines probiotics as “live microorganisms which when administered in adequate amounts, confer a health benefit on the host.” Researchers have demonstrated probiotics may help balance gut microbiota, and help the vagina maintain a slightly acidic environment, which prevents the growth of harmful bacteria. A balanced probiotics number may also help with hormone regulation and immunity support.

SOD is an enzyme that catalyzes superoxide radicals into the common state of oxygen and H2O2. In 1929, Irwin Fridovich discovered the first SOD and its function in protecting organisms from negative effects of free radicals. Fridovich was the president of the American Society of Biological Chemists and has won the Discovery Award from the Society for Redox Biology and Medicine in 2008.

Spirulina is a blue-green alga that has been promoted as the “food of the future.” Research has shown that blue spirulina may not only help promote a healthier gut health by increasing healthy lactobacillus in intestines, but also contribute to an overall boost in immune function by increasing the production of immune T-cells.

Fastmelt Directions: Take 1-2 stick pack(s) of CalerieHealth™ Aqua-SOD Probiotics per day with meals or after meals, and let it gently dissolve in your mouth. 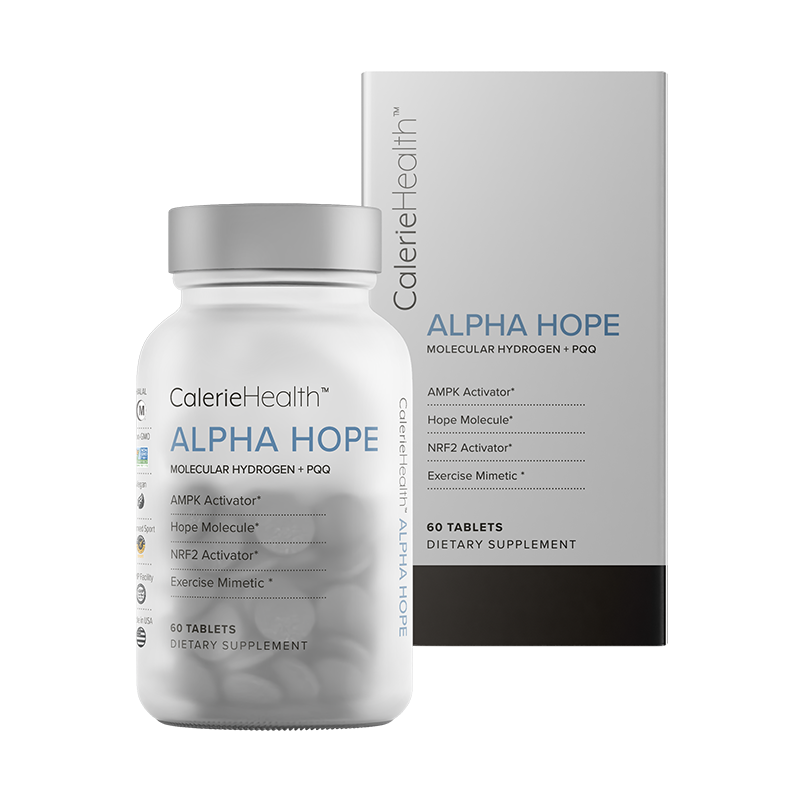 Molecular hydrogen (H2) may be new to consumers in terms of a health product, like CalerieHealth® Alpha Hope, but it’s been the subject of hundreds of studies. Researchers have been examining how H2 works in the body and its potential benefits for human health for many years.

While numerous studies have been conducted on the benefits of molecular hydrogen and PQQ individually, CalerieHealth® Alpha Hope is an innovative product that combines them both. H2 and PQQ work synergistically to promote the production of Hope Molecules (PGC1-alpha), which benefits total health and supports longevity.

Molecular hydrogen, or H2, is an odorless, colorless gas that exists in trace amounts in the air. It’s also been captured for use in health supplements intended to be added to water.

Drop one (1) tablet in 8 oz. of water. Wait for tablet to fully dissolve and drink. Take 2 tablets per day for adults.

Do Not Swallow Tablet. 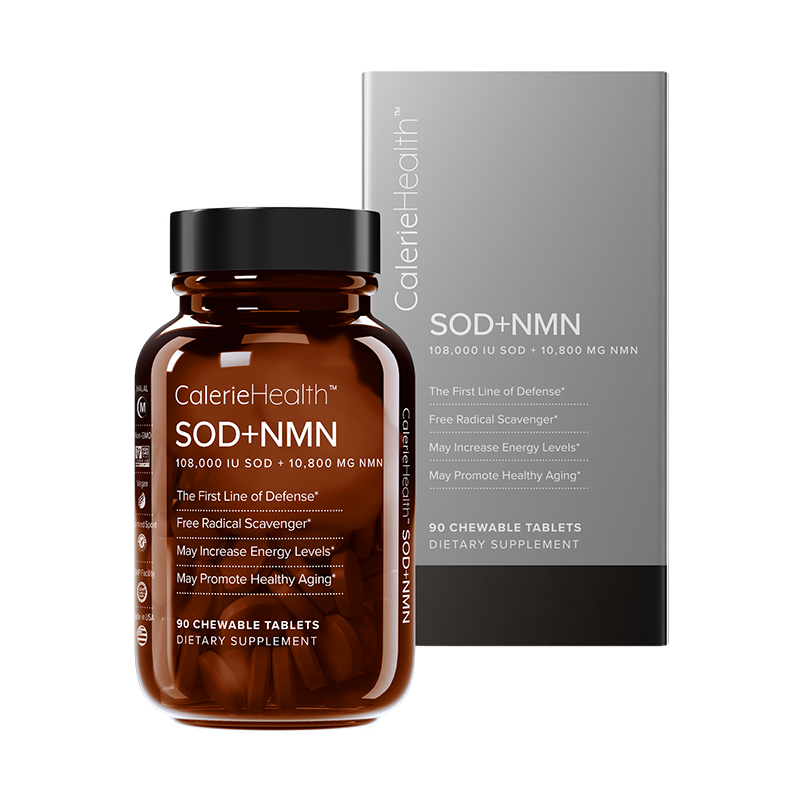 SOD is an antioxidant enzyme found in every living cell of the body. It is considered the body’s front line of defense for the immune system.

This powerful enzyme supports immune health and longevity by scavenging free radicals that cause damage, which eventually can lead to disease and promotes the aging process.
SOD is the first line of defense against oxidative damage in cells, helping to slow aging and support the body’s natural immunity.

NMN is a derivative of vitamin B3 that is converted into the essential anti-aging compound called NAD+. This critical compound is used by the body’s mitochondria to convert food into energy and has powerful antioxidant properties.

Once NAD+ is available at the cellular level, it is used in the mitochondria to convert the food into energy. It supports an optimal mitochondrial function that positively impacts every cell in the body.

Take three (3) chewable tablets per day with breakfast or between meals on an empty stomach. 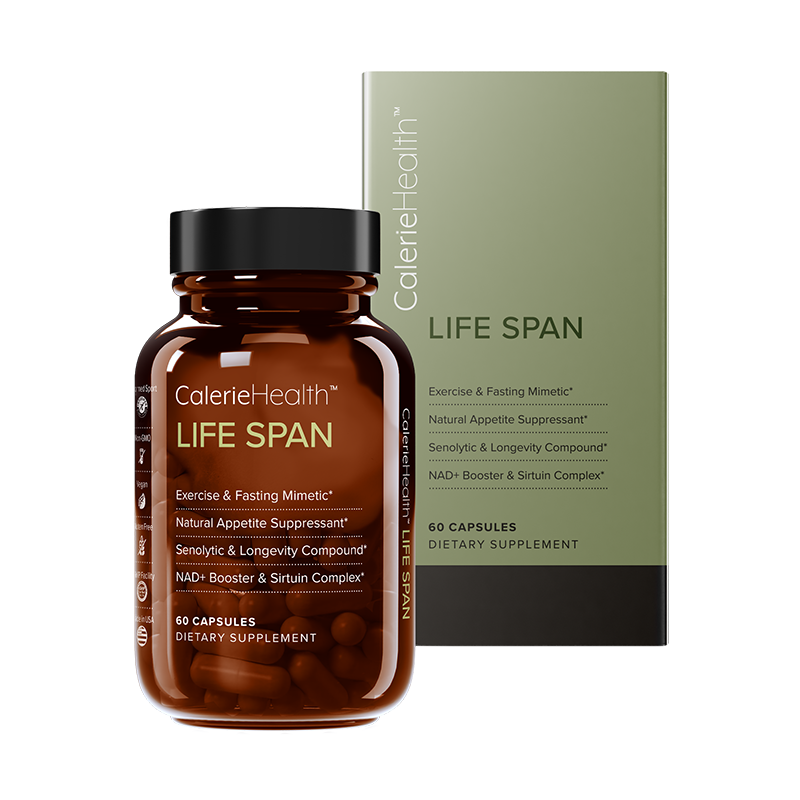 The premium scientifically validated ingredients in CalerieHealth®’s Life Span mimic the beneficial effects of exercise and calorie restriction to promote longevity and well-being.

Clinical trials point to several variables that may promote longevity and reduce the incidence of age-related chronic conditions. Research has found that calorie restriction and regular exercise may help slow the aging process, leading to a longer and healthier life.

Calorie restriction and exercise help the metabolism reach a state of ketosis, where the body begins to burn fat for energy instead of carbohydrates. Maintaining a state of ketosis promotes a healthy body weight, improves cognition, and helps support healthy aging. The benefits seen with ketosis are that it boosts NAD+ levels and activates sirtuins, proteins that promote improved cognition, reduce metabolic syndrome, and support improved endothelial function.

Life Span contains ingredients that help boost levels of NAD+ and sirtuins in the absence of ketosis. The goal is to mimic the beneficial effects of calorie restriction and exercise.
The premium formula includes a complex formula of sirtuins, NAD+ precursors, exercise, and calorie restriction mimetics. The ingredients to support these specific benefits include Alpha GPC (L-Alpha glycerylphosphorylcholine), Epigallocatechin gallate (EGCG), β-Nicotinamide Mononucleotide, Trans-Resveratrol, Fisetin, Pterostilbene.

Take two (2) capsules per day with water before breakfast or between meals on an empty stomach. 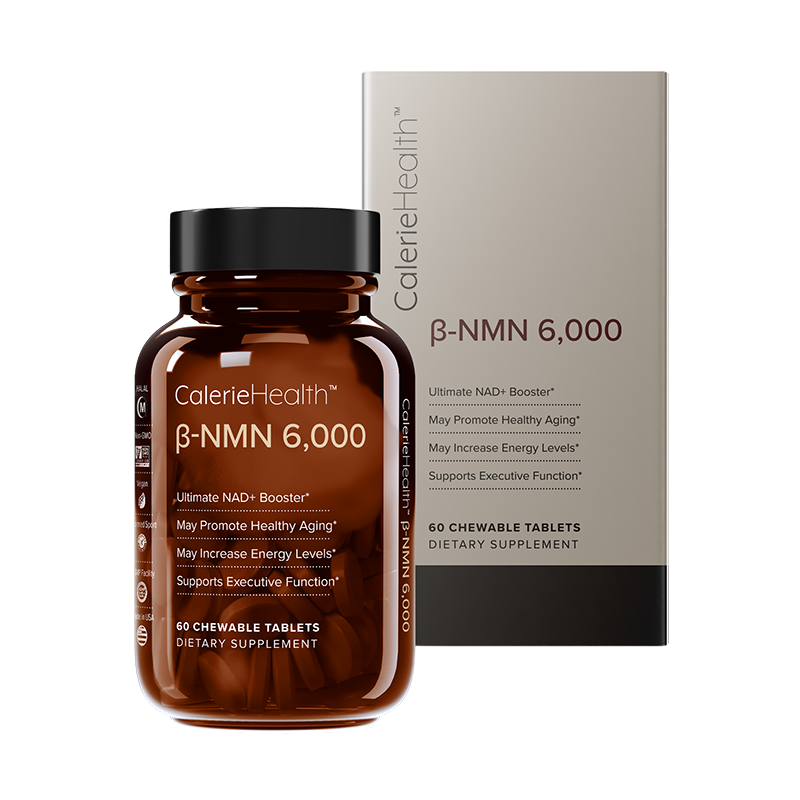 The modern environment comes with multiple stressors, including poor diet, alcohol, pollution, and toxins. These factors put pressure on your body and brain, which accelerate the aging process and leave you feeling less than ideal.

‍
CalerieHealth®'s β-NMN 6000 contains premium B-Nicotinamide Mononucleotide (NMN) with a purity exceeding 99.9%. NMN is a derivative of vitamin B3 that is converted into the essential anti-aging compound NAD+.

‍
Once NAD+ is available at the cellular level, it is used in the mitochondria to convert the food into energy. It supports an optimal mitochondrial function that positively impacts every cell in the body.

‍
Low levels of NAD+ in the cells have been associated with faster aging, low energy, and poor cognition. Supporting levels of NAD+ with β-NMN found in this high potency product delivers core benefits at your cellular level, ultimately influencing your overall health and longevity.

Take three (3) blueberry flavored chewable tablets per day with breakfast or between meals on an empty stomach.